Last week the winners of the Real Entrepreneurs’ Awards were announced during an evening at the Radisson Blu Hotel at East Midlands Airport.

The ceremony was the first of its kind, created off the back of the Real Entrepreneurs’ Club and saw Morningside Pharmaceuticals as the headline sponsors.

The awards ceremony and magazine are produced by Cross Productions, which is also the parent company of Leicester-based Niche Magazine. Attendees enjoyed a three course meal and inspiring speakers alongside celebrating the achievements of the finalists.

Many of the LoyalFree team were in attendance to support CEO and Co-Founder Sophie Hainsworth, who was a finalist in 3 of the 10 awards categories.

On the night itself Sophie was delighted to bring home 2 awards, for the categories of ‘Scale Up Entrepreneur’ and ‘Entrepreneurial Collaborator.’

The awards add to a list of accolades for the business including being named as ‘GBEA Workplace Wellbeing Champions’ and the FSB ‘Digital Innovation’ award.

LoyalFree, a Leicestershire based business founded by Jason Nesbitt and Sophie Hainsworth, has been working with towns and cities since 2017 to help the struggling high streets. LoyalFree is a multi award winning innovative mobile phone app which promotes over 8,500 high street businesses through deals, loyalty schemes, competitions, event listings, tourism information and interactive tours and trails.

With Sophie as the CEO the business has grown from 2 founders to a team of 8, which is growing all the time. From working with one town in 2017, the LoyalFree app is now live in over 65 towns and cities. Organically grown from scratch and highly profitable, LoyalFree is a real success story for the East Midlands. 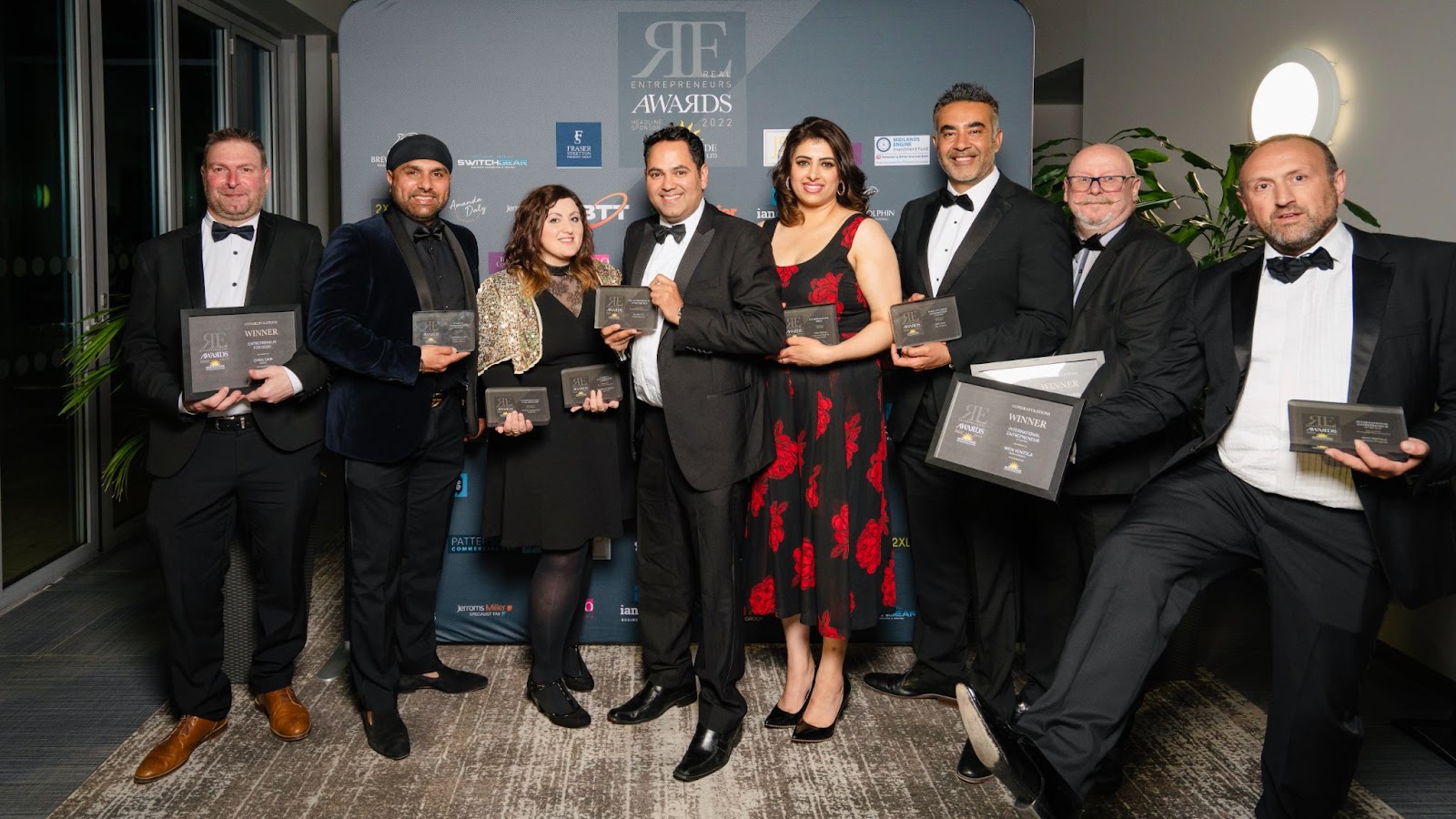 On the award win Sophie said:

“I am so honoured to be awarded these titles on the behalf of our whole team. It’s amazing to have our business growth recognised in this way and also our collaboration across the region in terms of charity schemes, volunteering and mentoring. I am immensely proud of the team and the technology we continue to create.”

A previous mental health TEDx speaker, member of the Governments High Streets Task Force and current Leicester Startups mentor, Sophie is a figurehead of the Leicestershire business community and dedicated to the growth and ethos of the business, putting people first. Those who live in Leicestershire can download and use the LoyalFree app for free: www.loyalfree.co.uk/download and find out more on social media @loyalfreeapp